The Santa Fe Group and the Ponemon Institute recently concluded a research study examining tone at the top and the importance of culture within an organization. The study found that it is critically important that the board and C-Suite create and continuously reinforce the importance of building a culture of integrity and excellence in risk management execution. Other studies, such as a 2015 Protiviti IT Security and Privacy Survey, have shown a direct link between board engagement in and awareness of risk issues and the risk performance of their organizations. And the 2016 annual Shared Assessments-Protiviti Vendor Risk Management Benchmarking Study will detail the correlation between board awareness and engagement in risk related issues and organizational performance across more than 140 different measures of risk management maturity. Tone at the top matters, and communicating a consistent, focused message about the kind of sales and risk culture an organization expects to see is one of the most important jobs of any board and C-suite.

The storm swirling around Wells Fargo since the disclosure of its practice of opening unauthorized accounts is the result of a culture that may have evolved over a period of decades. The resulting sales culture ultimately incented unethical, and possibly criminal, behavior by branch sales employees, managers, and perhaps even within the human resources department to artificially inflate the bank’s cross-sell performance, according to media sources. Wells’ sales culture and its prowess in cross-selling has been a banking industry legend, and it is worth taking some time to understand how it came into being.

More than 20 years ago, Wells Fargo predecessor bank Minneapolis-based Norwest Bank had already become known for its unusual success in cross-selling retail banking products. Richard Kovacevich, then CEO, told the AMERICAN BANKER in 1994 that “Cross-sell is a key part of our business and a key-statistic to us…We measure it at the end of every day by store and by sales person. We now have about 3.6 relationships with each customer, about double where we were five years ago and double the industry standard.”1 Twenty-two years ago Wells’ predecessor organization was already measuring cross-sell performance daily at the branch and salesperson level, and was already achieving industry-leading cross-sell performance. Cross-sell in itself is not an unethical practice. On the contrary, good cross-sell typically results from understanding customer needs and suggesting other products the company offers to meet those needs. However, when the incentives to cross-sell go astray and inconsistent messages about corporate priorities come from a board and C-Suite, sales cultures may go off the tracks.

In June of 1998 Norwest purchased Wells Fargo and Company and took the better known, more storied name. San Francisco-based Wells Fargo had an internal culture very different from that of Norwest; at the “old” Wells Fargo entire product lines were not even sold at the branch level. That changed immediately after the merger, and the merged institution adopted the Norwest culture with a passion. Terri Dial, a heritage Wells executive in charge of California branches, spoke about the integration challenge in 1999. According to the AMERICAN BANKER “Changes at Wells West are not limited to new products. The company is also trying to imbue the old Wells Fargo with some of Norwest’s strong sales orientation. For the first time, the amount of profit each salesperson generates per day is being tracked in California, Ms. Dial said. ‘Letting an employee know how much in incremental profits he or she generated for the company is the biggest driver of increasing cross-sell,’ Ms. Dial said. ‘I love that.’”2

How strong was the desire to grow sales and cross-sell? In the Wells Fargo 2011 Annual Report John Stumpf provided the answer: “Even if we get to eight products per retail bank household, we still have room to grow. We believe the average American household has between 14 and 16 financial services products.”5

That kind of “the sky’s the limit” expectation combined with a culture of “meet or exceed your sales quota or else” often leads employees to achieve expectations by any means possible. If a new customer declines the offer of a new checking account or credit card, in a culture where behavior is deviating from historic norms, an employee’s attitude might be to open it anyway. Experience shows that a sales culture in which this behavior seems to be not only condoned by some in the organization, but rewarded often, leads to employee rationalizations that result in other types of negative behavior.

Of greater concern, according to news reports, employees who attempted to bring fraudulent activities to the attention of management were fired, sometimes within days, and often seemingly with direct human resources department involvement. Class action suits have already been filed alleging this behavior.

Branch-based sales employees received incentive compensation based primarily on the number of new accounts they opened in support of increasing cross-sell at all costs. In banking, experience shows that systems based primarily on this metric are often rife with fraud. And the risk of fraud is exacerbated when the metric is measured on a daily basis. At Wells, in later years, those measurements were sometimes made on an hourly basis.

Metrics that measure profitable accounts remaining open for a predetermined amount of time that reveal ongoing customer account activity are far less susceptible to cheating and are not particularly hard to configure. Sales targets, structured the right way and within a strong risk culture, have a place in banking just as in other industries.

Our experience in managing a team targeting internal fraud confirms the dangers of focusing incentive compensation narrowly on new accounts opened. When sales contest results measuring production were announced, the fraud team always honed in on the winners, the outliers. Almost always investigations determined that the winners had gamed the system. Why? Piecework works well in manufacturing; in banking, not so much. Manufactured widgets can be counted and their value is clear. A bank account, on the other hand, isn’t so easy to value, and its profitability is best measured over time.

It’s important to note that in 2012 Wells rolled out a bank-wide program to track sales and seek “sales patterns that may correlate with unethical behavior.”6 In his written testimony to the Senate Committee Mr. Stumpf reported that “during 2012, Wells Fargo began to reduce the number of sales that team members would need to meet to qualify for incentive compensation.”7 In a different internal culture, the steps Wells took might have been enough to quickly halt unethical business practices. But Wells’ internal sales culture had evolved to such an extreme that perhaps the only way to straighten it was by blowing it up, which – in effect – has happened as a result of the extreme legal, regulatory and legislative push-back we’ve seen in the last few weeks.

Tone at the top may begin at the board and the C-suite level, but it doesn’t stop there. To the part-time teller, the head teller sets the tone, defining what can and cannot be done. Similarly, to the platform sales employee, the branch manager sets the tone. Tone throughout the community banking line of business was communicated through Carrie Tolstedt, until she retired, one of the ten top officers on Wells Fargo’s Operating Committee. Well’s sales and risk control culture expectations were set by John Stumpf and the Wells Fargo Board of Directors.

Ultimately, of course, it’s up to the Board of Directors to assure that the bank’s practices match its profession of good governance. In retrospect it seems to us that the Wells Fargo Board did not understand the mixed messages coming from the C-Suite and the urgent need for a behavioral course correction.

What happens at the board and C-suite and within the retail bank will be apparent in the months ahead. Our concern is that the regulatory community and the financial services industry might draw the wrong conclusions from the Wells debacle. As we noted before, cross-sell in itself is not a bad practice and sales goals have a place in banking just as in other industries. Stigmatizing the practice of cross-selling and completely eliminating branch-based sales goals does not strike at the real source of the problem, which in this case was an imbalance between management’s often expressed desire to reach ever improving levels of cross-sell performance and a textbook set of risk culture and ethical values that were clearly on the books at Wells Fargo but were under-communicated and under-enforced within the retail bank.

In our view, the right message is to reinforce the importance of active board involvement in: (1) setting clear behavioral expectations in the context of the bank’s goals, (2) communicating those ethical and behavioral expectations repeatedly in ways that reinforce the development of an appropriate enterprise-wide risk culture, (3) setting appropriate controls on business practices, and (4) monitoring how executive management is achieving those goals, challenging management when necessary. Boards must be comfortable that employees at all levels are hearing a clear and consistent message coming from the top of the house.

So what message will be communicated in the classroom coming out of the problems at Wells Fargo? We’re betting the folks at the Harvard Business School are shooting rocks – papers – scissors to see who gets first dibs to fly out to San Francisco and start the Wells Fargo case study.

About the Authors
Gary Roboff is Senior Advisor to The Santa Fe Group, focusing on such areas as third party risk management, payments fraud, emerging payments applications and risks, and privacy and information utilization. Gary retired from JPMorgan Chase as Senior Vice President of Electronic Commerce. Mr. Roboff was a founder of the International Security Trust and Privacy Alliance (ISTPA), now part of Oasis, and served on the organization’s Board of Directors and Executive Committee. He was the CEO of the NYCE payments network and chairman of its board of directors. Between 1998 and 2011 Gary served on the board of trustees at Clark University, and was the board’s vice-chair from 2003 to 2011.

Robert Jones is Senior Advisor to The Santa Fe Group, focusing on operational risk, governance, and third party risk management. He is also Adjunct Professor of Economic Crime at Utica College, teaching in the College’s M.B.A. program in Economic Crime and Fraud Management. During his 25-year banking career, Mr. Jones served as Director, Fraud Risk Management, KeyCorp and Director, Operational Risk Management, FleetBoston Financial Corporation. He chaired the Financial Institution Fraud Committee of the Association of Certified Fraud Examiners, co-chaired the Steering Committee of the Fraud Working Group of BITS, the technology affiliate of the Financial Services Roundtable; and was the founding chairman of the American Bankers Association’s Operational Loss Data Sharing Consortium. 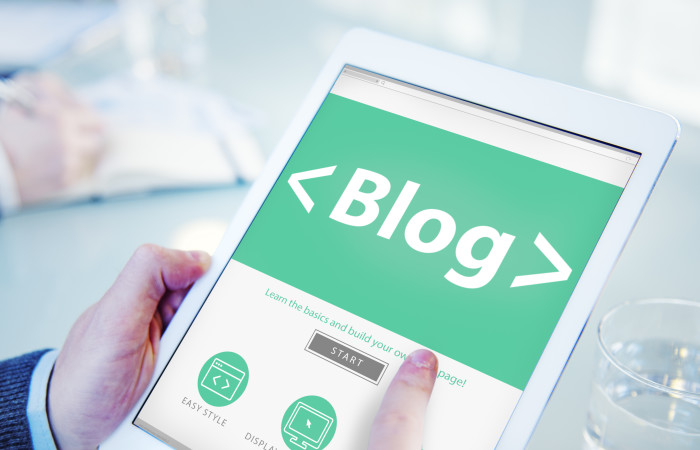 The Santa Fe Group, Chairman and CEO, Catherine A. Allen, and her co-authors, this week announced the release of their new book, The Retirement Boom:…